LIGHTS WILL SHINE AGAIN ON STAGE AT THE ROYAL P0INCIANA PLAYHOUSE

There is much to celebrate in conjunction with Mr. Kenneth Ohrstrom’s March 14th introduction and announcement to the Palm Beach Town Council regarding signing the Letter of Intent to lease the Royal Poinciana Playhouse.  As Chairman of the Board of the non-profit National Arts Institute, Inc. (NAI), he wants first and foremost to recognize Town Council President, Mr. David Rosow, for his altruistic efforts and important guidance toward this goal.  Mr. Ohrstrom also commends the Sterling Organization for their diligence in working together with NAI toward an agreement.

NAI brings with it a history of success as a Producing Organization mounting prominent Broadway musicals and award-winning plays with top celebrities, co-productions and touring shows.  Together with their support for local arts organizations, NAI looks forward to raising the cultural ambiance in Palm Beach with access and enjoyment for all.

The NAI Team is excited to provide live entertainment in Palm Beach for residents and guests at the Royal Poinciana Playhouse.  There will no longer be a need to cross the bridge to enjoy a variety of productions and celebrities.   Additionally, NAI will bring Palm Beach to the intersection of the most advanced Arts Technology within the performing arts industry including for theater and education to benefit audiences as well as our young future stars.

NAI’s Naming Rights opportunities allow residents, arts patrons and friends to engrave their legacy to become seen and known in Palm Beach from the water, the new bridge and by land. The exceptional qualifications of NAI’s prominent directors include their respect to everyone as a VIP, with a right place, right time, and right opportunity for all.  NAI’s excitement and dedication to having the lights shine again, and ever brighter, on stage at the Royal PoinciTHEana Playhouse, looks forward to earning a standing ovation.  For additional information please contact Pamela Stark Thomas, Executive Director at 561-351-5012 or pamelastarkthomas@nationalartsinstitute.org.  www.nationalartsinstitute.org

THE PLAYHOUSE SITS ON THE BEAUTIFUL INTRACOASTAL WATERWAY AS YOU CROSS THE FLAGLER BRIDGE ONTO PALM BEACH ISLAND.  SHUTTERED SINCE 2004, THE PLAYHOUSE REQUIRES REHABBING AND NAI WILL BEGIN A CAPITAL CAMPAIGN, INCLUDING NAMING RIGHTS, FOR THIS BEAUTIFUL HISTORIC LANDMARKED THEATER.  NAMING RIGHTS AND DONATION DETAILS AVAILABLE BY CONTACTING PAMELA STARK THOMAS AT 561-351-5012. 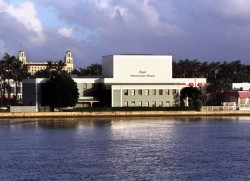 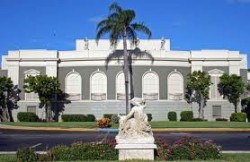 The Board make-up of the National Arts Institute, Inc., represents a particularly well-rounded best fit for this Palm Beach Performing Arts Project.  The following bios demonstrate its astute and acclaimed prowess in Philanthropy, Fund-raising, Development, Theater and TV/Film heralding in over 100 Years of Professional Experience.

Pamela Stark Thomas, Executive Director                                                                                            Ms. Stark Thomas hails from MN where she Founded, Produced and Hosted a Statewide TV Program connecting, for the first time, its cities and communities giving them both voice and spotlight in driving the State’s economy through its Agricultural Crisis.  Accepting the post of Economic Development Director, she built Travel and Tourism branches statewide, partnering with larger populations and corporation across the nation.  She helped develop and fund the then Nation’s Largest Mall [of America], the state’s largest theme park, hotel, women’s incarceration facility and Lake Superior’s Port; in conjunction with Port Development, Ms. Stark Thomas was commissioned to develop and police large cruise ships’ readiness and accessibility prior to being allotted a CO.  She studied and worked with Washington, D.C.’s Federal Grant Readers and continues to volunteer scoring Federal grant applications.  This skill has enabled her to write successfully funded grants including Corporate, Private and Municipal.   Pamela’s graduate degrees [focused in Resource Development/Management, Business Administration and Health-care Administration] underscore her Published Research in Economics, Education, Resource Development and Health & Medicine.   Recruited to Palm Beach, she helped position and grow the Charitable Endowment Program at the Rehabilitation Center for Children and Adults to its first $10 million while simultaneously developing their aquatic and other therapeutic healthcare programs.  An extended career from grassroots to global brought her back to Palm Beach where she teamed with fellow experts in the arts to build the world’s most technologically advanced sound stage [spearheading the Today Show’s documentary visit and attracting the likes of Celine Dion].  Identifying a dynamic new economy in the arts, she is intent on driving such to her home community by creating a Legacy in “Defining the Future of the Arts.”    PamelaStarkThomas@NationalArtsInstitute.org

Karen Poindexter, Executive Producer                                                                                                     Ms. Poindexter is held in professional acclaim as a Producer for her work in Regional, Broadway and London theatres including the Tony-Nominated Musical The News, Prince of Central Park, Love Thy Neighbor and the Anniversary production of Hair at the Old Vic Theatre in London. She has produced over 100 musicals and plays for the Burt Reynolds Theatre, Hirschfeld Theater, Broadway and London stages. Numerous stars and celebrities appeared in her productions including; Burt Reynolds, Farrah Fawcett, Dom Deluise, Charles Nelson Reilly, Charles Durning, Kirstie Alley, Parker Stevens, Marilyn McCoo, Cathy Rigby, Sarah Jessica Parker, Judd Nelson, Robert Hays, Bebe Neuwirth, Joanne Worley, Valerie Harper. As a Producing Manager for Regional/Broadway theaters, Ms. Poindexter’s lead responsibilities included Programming, Negotiating Rights, Union Negotiations, Contracts, Marketing, Budget Development, Advertising/PR, and E-marketing. She held management responsibility for Staff,Cast, Directors, Designers and Crew for all productions. Ms. Poindexter recently produced “Diva Diaries, A Sassy New Musical” in Chicago at the Lakeshore Theater with development productions at the Tampa Bay Center for the Performing Arts and the Broward Center. Additional spotlight achievements include having developed and presented new musicals/plays for Helen Hayes, NY HBO Studio, NYC Fringe Festival, New York Music Festival and NYC Cabarets [i.e., “Lost Boy” written by actor/director/writer Ron Palillo (aka Horshack of Welcome Back Kotter)]. The National Arts Institute has formed a scholarship program honoring Ron, its friend/partner, for his many contributions to the arts. Ms. Poindexter’s Film/Television credits include Prince of Central Park (based on the Broadway musical) starring Kathleen Turner, Danny Aiello, Harvey Keitel and Cathy Moriarty; BL Stryker, ABC Mystery Wheel Movie of the Week for 2 seasons, starring Burt Reynolds and Ozzie Davis; and Cop and a Half starring Burt Reynolds and Ruby Dee, directed by Henry Winkler with Imagine Films and Universal Pictures. She is a Founding Board Member for Burt Reynolds Institute for Theater Training and School of the Arts and continues to contribute her time to several arts organizations including the Carbonell’s and South Florida Theater Awards. Given the indisputably great demand for Ms. Poindexter’s coveted talents and time, Palm Beach County prizes her choice to claim this as her home. Her extraordinary leadership in the arts is held as integral at the National Arts Institute. KarenPoindexter@NationalArtsInstitute.org