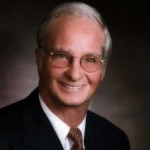 Mr. Ohrstrom is the instrumental helm in creating the initial lead gift to the National Arts Institute, Inc., favoring programs that artistically educate and culturally inspire from his local Palm Beach community to beyond.  Kenneth is a noted keen and prominent leader within his home community, along with his wife, Sally.  Joined as well by his enterprising family siblings, Kenneth oversees programs that stimulate the economy and set the path for the future.  Key attributes to his overall success include his courage to take the first step for that in which he believes.   Combined with his thirty+ years’ experience in giving back to the community, the nation and the world is his humble integrity for doing the right thing, instilling noble leadership that others strive to follow. 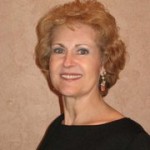 Ms. Stark Thomas hails from MN where she Founded, Produced and Hosted a Statewide TV Program connecting, for the first time, its cities and communities giving them both voice and spotlight in driving the State’s economy forward through its Agricultural Crisis.  Accepting the post of Economic Development Director, she built Travel and Tourism branches statewide, partnering with larger populations and corporation across the nation.  She helped develop and fund the then Nation’s Largest Mall [of America], the state’s largest theme park, hotel, women’s incarceration facility and Lake Superior’s Port.  In conjunction with Port Development, Ms. Stark Thomas was commissioned to develop and police large cruise ships’ readiness and accessibility prior to being allotted their CO.  She studied and worked with Washington, D.C.’s select Federal Grant Readers and continues donating her time in scoring Federal grant applications.  This skill has enabled her to write successfully funded grants including Corporate, Private and Municipal.   Pamela’s graduate degrees [focused in Resource Development/Management, Business Administration and Health-care Administration] underscore her Published Research in Economics, Education, Resource Development and Health & Medicine.   Recruited to Palm Beach, she helped position and grow the Charitable Endowment Program at the Rehabilitation Center for Children and Adults to its first $10 million while simultaneously developing their aquatic and other therapeutic healthcare programs.  An extended career from grassroots to global brought her back to Palm Beach where she teamed with fellow experts in the arts to build the world’s most technologically advanced sound stage [spearheading the Today Show’s documentary visit and attracting the likes of Celine Dion].  Identifying a dynamic new economy in the arts, Ms. Stark Thomas is intent on driving the highest of this era to her home community by creating a Legacy in “Defining the Future of the Arts.”

Ms. Poindexter is held in professional acclaim as a Producer for her work in Regional, Broadway and London theatres including the Tony-Nominated Musical The News, Prince of Central Park, Love Thy Neighbor and the 25th Anniversary production of Hair at the Old Vic Theatre in London.   She has produced over 100 musicals and plays for the Burt Reynolds Theatre, Hirschfeld Theater, Broadway and London stages. Numerous stars and celebrities appeared in her productions including; Burt Reynolds, Farrah Fawcett, Dom Deluise, Charles Nelson Reilly, Charles Durning, Kirstie Alley, Parker Stevens, Marilyn McCoo, Cathy Rigby, Sarah Jessica Parker, Judd Nelson, Robert Hays, Bebe Neuwirth, Joanne Worley, Valerie Harper. As a Producing Manager for Regional/Broadway theaters, Ms. Poindexter’s lead responsibilities included Programming, Negotiating Rights, Union Negotiations, Contracts, Marketing, Budget Development, Advertising/PR, and E-marketing.  She held management responsibility for Staff,Cast, Directors, Designers and Crew for all productions. Ms. Poindexter recently produced Diva Diaries, A Sassy New Musical” in Chicago at the Lakeshore Theater with development productions at the Tampa Bay Center for the Performing Arts and the Broward Center.   Additional spotlight achievements include having developed and presented new musicals/plays for Helen Hayes, NY HBO Studio, NYC Fringe Festival, New York Music Festival and NYC Cabarets with original production of Lost Boy written by actor/director/writer Ron Palillo (aka Horshack of Welcome Back Kotter) and Picture Incomplete, a one-man musical garnering critical raves and awards.  A scholarship program honoring Ron Palillo,  friend/partner, for his many contributions to the arts.  Ms. Poindexter’s Film/Television credits include Prince of Central Park (based on the Broadway musical) starring Kathleen Turner, Danny Aiello, Harvey Keitel and Cathy Moriarty; BL Stryker, ABC Mystery Wheel Movie of the Week for 2 seasons, starring Burt Reynolds and Ozzie Davis; and Cop and a Half starring Burt Reynolds and Ruby Dee, directed by Henry Winkler with Imagine Films and Universal Pictures.   She is a Founding Board Member for Burt Reynolds Institute for Theater Training, G-Star School of the Arts and continues to contribute her time to several arts organizations including the Carbonell’s, South Florida Theater Awards. Developing new musicals is a passion and currently working on Louis and Ella directed by Jeff Whiting and written by former Burt Reynolds apprentice, Trent Armand Kendall. Ms. Morrison is highly credited as Founder and Developer of Humanitarian Charitable Foundations and, in particular, for exercising a scope of higher intellect that realizes true core needs.  From childhood in Manhattan to post Boston College graduation and ongoing, Ms. Morrison has carved a path in orchestrating and leading key fundraisers that have opened new dimensions effecting long-term responsible change for our children and our nation. Together with her husband Carlos Morrison, she stands as the female voice over her family’s privileged vast arts’ collections.  Her prowess has commanded the positioning of the arts to communicate across culture and generation.  Ms. Morrison’s efforts and process continue to prove effective [from grassroots groundswell to quickly routing globally] incorporating her consummate reading with keen insight and willing hands and in feeding her voracious appetite for making the world better, safer and more productive.  The demand for Ms. Morrison’s profiled expertise landed her as Contributing Editor for the New York-based Avenue Magazine [since 2001].  As she treads her fearless familiar path from Palm Beach to Washington, D.C., she remains warmly received [in command posts of highest prestige] in her Mission inspiring the world toward a better, safer and more productive future.  .Ms. Morrison epitomizes creating multitudes of new sustainable career paying jobs through her unique approach in utilizing the Arts as an Industry.  Her approach creates a clean and efficient economic engine [given that the arts are widely known for their high multiplier effect] to drive a future of Legacy renown.  Whether it was Ms. Morrison’s paternal family’s historic Fralinger Family Salt Water Taffy Recipe that influenced her artistic taste buds, she is an invaluable asset to the National Arts Institute, Inc.

Kids Rule! in the Arts